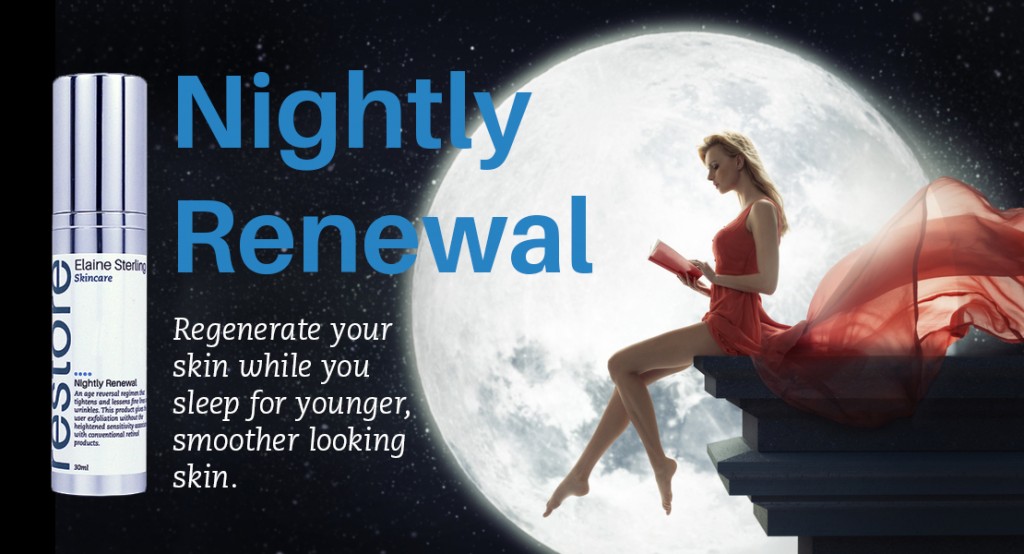 Peptides are a popular active ingredient in many high end skincare lines. Peptides are chains of amino acids, but doesn’t that sound a lot like a protein? Actually, peptides and proteins are basically the same macro molecules. In technical terms, peptides are usually less than 50 amino acids long, and proteins are greater than 50 amino acids. In our nightly renewal, we pack it full of peptides to increase collagen production. The peptide featured in our Nightly Renewal is Myristoyl Pentapeptide-17.
Peptides are most commonly used in anti-aging products and are touted as being able to boost collagen production. When collagen degrades, it breaks down into its counterpart peptides. The presence of these peptides acts as signal to produce more collagen. Adding peptides to the skin can help increase the signals that would in turn create more collagen. Also, because of their relatively small size, peptides sink through the layers of the skin more easily.

To use, apply treatment gently to area surrounding the face and eye in the evening. Apply as spot treatment before using on the entire face. Not for use on retinol sensitive skin.

Sorry, no Tweets were found.

What are you looking for?